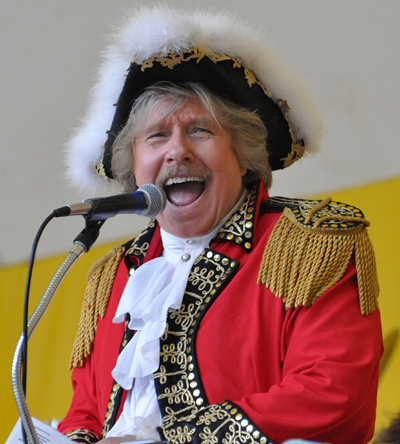 Another music legend has gone to Rock and Roll Heaven. Paul Revere of The Raiders passed away on October 4, 2014. Revere, who was born Paul Revere Dick in Nebraska on January 7, 1938, died peacefully at his home in Caldwell, Idaho according to the group’s official website. He was 76 years old.

In 1958, Revere formed the group that would become Paul Revere & The Raiders two years later, when the band recorded its first single, the instrumental Like, Long Hair. The song, which was based on Rachmaninoff’s “Prelude in C-Sharp Minor,” made the Billboard Top Forty in 1961. In 1963, the group recorded “Louie, Louie,” but it was the version by The Kingsmen, recorded at around the same time, that became a hit. In 1965, however, the band’s popularity took off under the production of Terry Melcher. Hits by Paul Revere & The Raiders included “Just Like Me,” “Kicks,” “Hungry,” “The Great Airplane Strike,” “Good Thing,” “Him Or Me – What’s It Gonna Be?” and “Indian Reservation,” which went all the way to #1 in 1971.

Revere continued to perform with The Raiders until July of 2014, when health issues forced him to take a break from the tour and subsequently retire from the band altogether.

Message from Paul Revere on his Facebook page, July 18, 2014

One thought on “R.I.P. Paul Revere of The Raiders”