When Jeff Barry and Ellie Greenwich wrote “Chapel of Love” with producer Phil Spector in early 1963, Darlene Love was first to record it. Unhappy with the result, Mr. Spector shelved it. Next Mr. Spector had the Ronettes take a shot in early 1964, but their version wasn’t released either. So Mr. Barry and Ms. Greenwich offered the song to producers Jerry Leiber and Mike Stoller.

The timing was perfect. Messrs. Leiber and Stoller had just auditioned a vocal trio from New Orleans that included two sisters—Barbara and Rosa Hawkins—and their cousin, Joan Johnson. Renamed the Dixie Cups by Mr. Stoller, their gleeful rendition of “Chapel of Love” was released in April 1964. In June, the single was No. 1 on Billboard’s pop chart for three weeks straight, dislodging “Love Me Do” by the Beatles.

The Dixie Cups and ‘Chapel of Love’ – WSJ.

Over the past decade, Paul Dano has portrayed everyone from a firebrand preacher in There Will Be Blood to a mentally challenged kidnapper in Prisoners. But on the second day of shooting Love & Mercy, the new Brian Wilson biopic, he faced his greatest acting challenge yet: re-creating Wilson’s spellbinding solo-piano performance of the Beach Boys’ “Surf’s Up” from a 1967 television special. “I was shaking,” says Dano. “It was a fool’s errand to try to get my voice to sound exactly like Brian’s. His range is so bananas.”

Singer-songwriter Lesley Gore, who scored a massive hit in 1963 with “It’s My Party,” died Monday. She was 68.

Gore’s partner of 33 years, Lois Sasson, told the Associated Press that she died of cancer at the New York-Presbyterian Hospital in Manhattan.

The honeyed voice that urged America to reach for the stars for decades has been silenced.

Casey Kasem, the legendary radio DJ whose syndicated radio show was the most popular radio program in history, passed away Sunday — Father’s Day — in a Santa Monica hospice after a battle with Lewy Body dementia. He was 82.

One day last fall, on the Jersey Boys location shoot, music legend Frankie Valli found himself at his childhood home, revisiting his humble beginnings in the projects of Newark. “I was sitting on the stoop where I lived with my mom,” he recalls now, his eyes welling up with tears. “It was very emotional. I grew up beyond proud—we didn’t have much, but we had a lot of love.” Valli shared the moment with actor John Lloyd Young, who plays him in the hit-filled movie in theaters June 20 about the Four Seasons’ rise, fall, and rise again to fame over four decades. “He regaled me with stories of his youth,” says Young, who also originated the role in the stage show, which has been going strong on Broadway since 2005 and in touring productions. “I have Italian working-class heritage, too, the same kind of American dream story. Frankie just seemed awestruck. It was all coming full circle for him.”

via Frankie Valli on Jersey Boys and His Unlikely Success: ‘The Way I Grew Up, It Was Basically Against All Odds’.

The Beach Boys will celebrate 50 years of their indelible summer smash “Fun Fun Fun” with a sprawling tour that will take them across North America and parts of Europe throughout the summer and fall.

The trek kicks off May 25th at the Belvedere Festival Park in Louisville, Kentucky. After a few European dates, the group will return stateside for a gig at Jones Beach in Long Island, New York that will feature special appearances from Al Jardine and David Marks.

“Year after year, it’s been a great source of inspiration to see the happiness our music has brought to multiple generations of Beach Boys fans in so many parts of the world,” Mike Love said in a statement. “This summer I’m particularly excited for the Jones Beach show, which is such a terrific, iconic venue. It will be very special to share the stage with some old friends and bandmates, Al Jardine and David Marks.”

A new restoration of the Beatles’ 1964 film “A Hard Day’s Night” has been set to play in more than 50 cities nationwide over July 4 weekend.

Janus Films announced that the music movie has been digitally restored in 4K resolution from the original camera negative by the Criterion Collection’s restoration team and approved by director Richard Lester. The soundtrack has been remixed and remastered by producer Giles Martin at Abbey Road Studios.

This February 7 marks 50 years since The Beatles first came to America. A thousand tributes will tell you what happened. But how and why did it happen the way it did? What was America really like then, culturally and socially, that allowed the group to strike such a deep nerve? And what was it about The Beatles themselves—their backgrounds, their style, and of course their music—that made them so unlike anything Americans had seen before?

In his new e-book Yeah! Yeah! Yeah!: The Beatles and America, Then and Now, Michael Tomasky explains the group’s impact in the context of the times in a richly detailed, often surprising, I-never-knew-that! account of why they became the phenomenon they did. Kurt Andersen says of Yeah! Yeah! Yeah!: “This book was a revelation. No one has more lucidly and entertainingly distilled the whys and hows and look and feel of the moment the Sixties began.”

Continue reading Part One via A Revolution, With Guitars: How The Beatles Changed Everything – The Daily Beast.

Part Two – Before the Earthquake Hit: When The Beatles Landed in America

Part Three – ‘You’ve Got to Be Kidding’: Why Adults Dismissed The Beatles in 1964

Part Four – Was The Beatles’ Music Really That Unique? Yeah, It Totally Was

Phil Everly, who with his brother, Don, made up the most revered vocal duo of the rock-music era, their exquisite harmonies profoundly influencing the Beatles, the Beach Boys, the Byrds and countless younger-generation rock, folk and country singers, died Friday in Burbank of complications from chronic obstructive pulmonary disease, his wife, Patti Everly, told The Times. He was 74.

“We are absolutely heartbroken,” she said, noting that the disease was the result of a lifetime of cigarette smoking. “He fought long and hard.”

Phil Everly of the Everly Brothers dies at 74 – latimes.com. 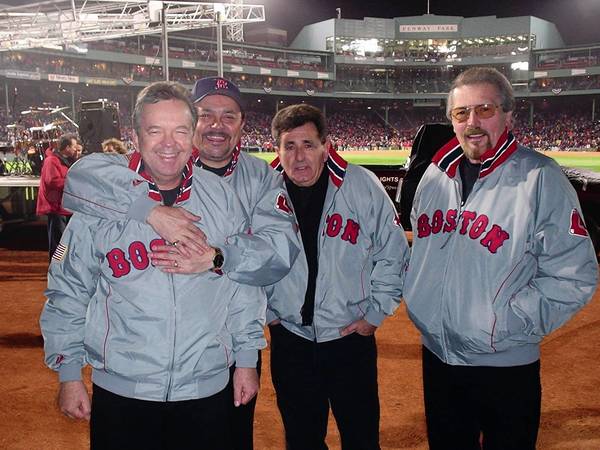 Dick Dodd, a Mouseketeer on Disney’s original “Mickey Mouse Club” who went on to become a surf music pioneer and a youth-quaking garage rock showman, died Friday in a Fountain Valley hospital, said his close friend, Tim Ferrill. Dodd was 68.

Dodd announced earlier this year on his website that he had stage 4 cancer. Born Joseph Richard Dodd Jr. on Oct. 27, 1945, in Hermosa Beach, Dodd cultivated an interest in singing, dancing and performing as a young boy. In 1955, at the age of 9, he was cast on \”The Mickey Mouse Club,” the beloved television variety show that came to epitomize post-war America, alongside series regulars such as Annette Funicello and Cubby O’Brien. On the show, he was the Mouseketeer known as Dickie.