Michael Nesmith, the guitarist for The Monkees, was rushed to the hospital before he took the stage in Pennsylvania Thursday afternoon.

Sources told TMZ Nesmith collapsed during a soundcheck at the Keswick Theater in Glenside, Pennsylvania. The 75-year-old was conscious, but was rushed to the hospital.

UPDATE (23 June 2018)—Michael Nesmith did not collapse at a soundcheck as previously reported by the website TMZ. See links below for the latest reports.

We are sorry to report that Nez has had to postpone the remaining Mike & Micky show dates due to a minor health issue.

Nez is deeply disappointed that he had to make this call. He wishes to apologize to all the… https://t.co/zeCcRQAZR3

Blog post from Caroline Boyce/Boyce and Hart – remembering Davy Jones, who passed away on 29 February 2012.

In Loving Memory of Davy Jones of the Monkees. 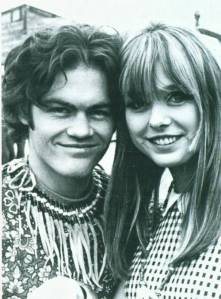 Earlier this month, Monkees fans got the shocking news that reclusive guitarist Michael Nesmith will hit the road with the surviving members of the band for a fall tour. “It’s shocking to us, too,” says Monkee drummer-singer Micky Dolenz. “It just caught us all by surprise. It wasn’t this massive plan that people had been concocting for years or months or anything. It sort of happened organically.”

When Davy Jones tragically passed away in February, many Monkees fans presumed it was the end of the group. Even members of the band thought it was probably over. “There is a faint chance we’ll continue,” Peter Tork told Rolling Stone. “I don’t know whether we could structure something without Davy. I had a couple of thoughts, but I don’t know if they’re workable.”

What he didn’t count on at the time was former Monkee Michael Nesmith returning to the fold. With the exception of a short European run of dates in 1997, Nesmith hasn’t participated in any of the Monkees many reunion tours since their split in 1971.

As Rolling Stone announced this morning, he’s had a change of heart and the three surviving members of the band will hit the road in November. We spoke with Nesmith via e-mail about the reunion tour and his other future plans.

(Read the interview by clicking the link below)

via QA: Michael Nesmith on His Surprising Return to the Monkees | Music News | Rolling Stone. 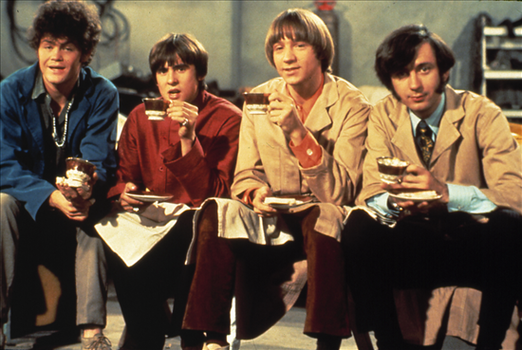 Leave it to Monkee Michael Nesmith to let the cat out of the bag. Late Tuesday afternoon, Twitter and Facebook were abuzz with news that The Monkees were going to make a big announcement on Wednesday. A photo submitted by Rhino Records featuring only Nesmith, Micky Dolenz, and Peter Tork provided a tantalizing hint.

However, Nesmith, who last played with the group during their 1997 30th anniversary tour in the UK, took matters into his own hands and quietly announced on his official Facebook at 12:30 EST that the Monkees are indeed reuniting for 12 U.S. concerts come November.

(Read more by clicking the link below)

(Excerpt)
I’ve heard all the arguments related to the inclusion of the late Don Kirshner, who received the Rock Hall’s Ahmet Ertegun Award for Lifetime Achievement in 2012. He wasn’t a singer. He wasn’t a musician. He was the guy who supervised the music for “The Monkees” TV show and created The Archies, for crying out loud. To those who object to his inclusion, these achievements are not considered “real” rock and roll. But to many, Don Kirshner was the man with the golden ear. He was the Don Draper of the music world, heading Aldon Music with his partner, Al Nevins, in New York’s famed Brill Building. The Aldon publishing offices employed a stable of talented songwriting teams: Neil Sedaka and Howard Greenfield; Carole King and Jerry Goffin; Barry Mann and Cynthia Weil; Jerry Leiber and Mike Stoller; Burt Bacharach and Hal David; Doc Pomus and Mort Shuman; and Jeff Barry and Ellie Greenwich. At the height of Aldon’s productivity, 18 writers were on the staff, which included the likes of Neil Diamond and Jack Keller. Collectively, this one-of-a-kind talent factory was the soundtrack for much of the late 1950s through the late 1960s.

To leave your condolences for Davy’s family and friends, visit the link below.

On Wednesday, February 29, 2012, the music world suffered a tragic loss when ’60s teen idol Davy Jones died suddenly from a massive heart attack. He was 66 years old. A dual citizen of the United States and the United Kingdom, Jones was residing in Indiantown, Florida at the time of his death.

(To continue reading my tribute to Davy, please click on the link below)